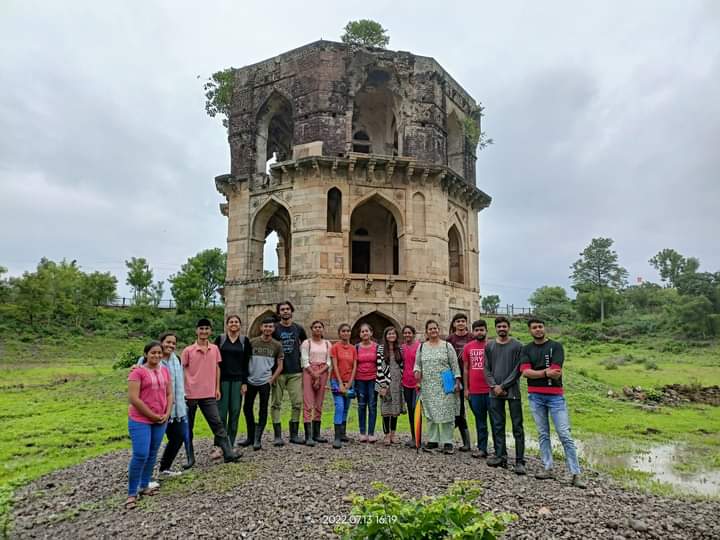 The Department of Architecture under Kavikulguru Institute of Technology and Science, Ramtek, has been selected for the Documentation project by the All India Council for Technical Education, New Delhi (AICTE) and the Archaeological Survey of India (ASI),  under the "Mission Amrit Sarovar Jal Dharohar Sanrakshan" scheme of the Central Government. A group of Fifteen students and a teacher have been set up, who have to work on the reconstruction project of a water reservoir and archaeological site named "Hauz Katora" built by Alauddin, the ruler of Imadshahi in the thirteenth century, located in Achalpur tehsil of Amravati district in Maharashtra.The professor of the Department of Architecture Mrs.  Anjali Vivek Nard and fifteen students including, From third year Jidnyasa Dindayal agashe, Harsh Sanjay sahare, Charit Dhanraj Bisen, Arpit Omprakash Kshirsagar, Divya Dhanraj Ghatole, Rohit Ramesh Patle, Snehal Himmatrao kale, Karishma Gajendrasingh Mungona. From fourth year Aniket Gunvanta Dhote, Naman Rajeev Khosla, Krutika Shrikant Bhujade. From fifth year Aashlesha Naresh Lanjewar, Aditi Anil kumar Ukey, Aadesh Bhayyaji Uge and Anna John - Student representative  have been working on this project for the past two weeks, in which, the present condition of this six-century-old archaeological site, was surveyed and documented,  its historical, social importance studied and its utility and reconstruction plan is prepared. This has to be presented in various government offices located in Nagpur and Delhi, to be done by 12 to 15 Aug. 2022.  This team was guided by the head of the Department Prof. Kalpana R. Thakre & supported by Principal Dr. Avinash Shrikhande. As a result of which the students are busy giving the final shape to this project with full dedication.

NEWS AND EVENTS View All